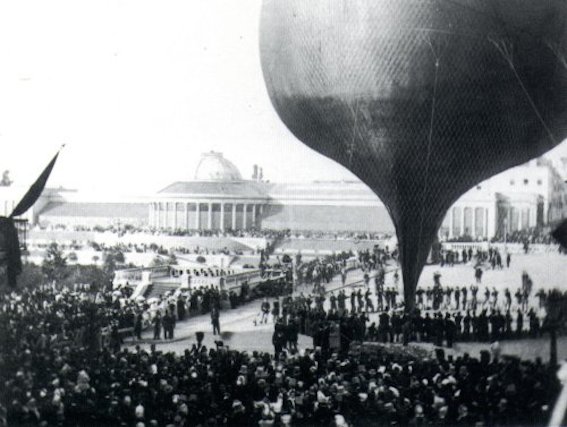 As the name itself suggests, the Botanique was originally the new botanical garden of Brussels. After the annexation of Belgium to France in 1795, the first botanical garden was constructed around the oldest city wall of Brussels. The collection of domestic and exotic plants soon got many people interested. Because of a lack of space, the gardens were to be enlarged elsewhere.

Five notables, all obsessed with plants, acquired a beautiful patch land in 1826. There was enough fresh air and a good water system at hand, and it became the place where a large part of the plant collection was brought under.

The erection of the Botanique building was a difficult process. Three people were torn between great ambitions and financial problems, they would all play a major part in the making of Botanique: the architects Tieleman - François Suys, François Gineste and Jean - Baptiste Meeus - Wauters.

The period from 1837 to 1841 was branded by many problems. The financial difficulties grew ever larger. The plant company housed in the Botanique (who discovered the witloof-chicory!) was forced to expand its commercial activities, this at the cost of the scientifical work. To fight these repeated crisises, the government found solutions by tightening her grip on the company. In 1867 the City of Brussels became the most important shareholder of the company. The company now allowed the City to use the terrain to build the « Palace of Fine Arts ». In 1870, finally the state bought back the gardens.

It wasn’t untill the end of the 19th century that the statues for the Botanique were ordered and made.

De gardens were dear to the Brussels people, because it was the place to take a healthy stroll or throw an extraordinary party. Thus grew its popularity as a “public garden”. As a scientific institution, the gardens belonged to the most reputed in the world. All this was celebrated in grand style at the 40th anniversary of the take-over by the state in 1910.

But yet again, the existence of the Botanique was threatened.

In 1935 the gardens suffered heavily under the construction works of the North-South Axe: again it was suggested to move the gardens to another, bigger space. But there was the problem of the accommodation of the buildings and the gardens, and soon a different project was added: the construction of a big public library in Brussels.

The gardens escaped yet another unneeded and unwanted destruction, but it was not completely saved yet.

In October 1938, the decision was made to move the botanical gardens. A good thing, because the urbanisation of the city continued.

Finally the building was saved by the Ministery of the French Community, who would use it as a Cultural Center.

A last element in the history of the Botanique is the Iris garden, located on the higher level of the park and opened in 1995.

This email address is being protected from spambots. You need JavaScript enabled to view it.
+32 2 226 12 28